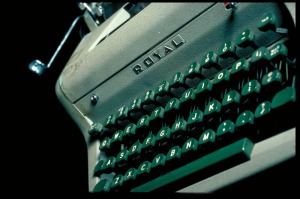 On Friday night, I thoroughly enjoyed a conversation about writing with my daughter-in-law Alissa and our friends’ daughter-in-law Elsa. Elsa writes; Alissa has stories in her head. I dream of either condition.

On Saturday morning, I found my way to a Washington Post article about a favorite book, Strunk and White’s The Elements of Style. This book is such a classic it is hard to imagine any who do not know of it. I’m intrigued to go back and reread it when I get home. (I notice that the current edition has a forward by essayist Roger Angell, considered one of the best writers on baseball ever. He is E. B. White’s stepson, which would explain the forward.)

Then on Saturday I read two essays which had been sent my way, but which had been laid aside for later. Saturday was later. The first was by George Orwell, clearly a better essayist than novelist. (I love his essay on tea.) This essay entitled Politics and the English Language looks at the ways in which language can be used to hide meaning, sometimes purposely, and sometimes out of laziness. Written in 1946 in England it expresses many of the same sentiments of the American Strunk. Very interesting.

The other essay was quick, witty, and to the point, and reminiscent of the best of the book and essay mentioned above. By novelist Kurt Vonnegut it is called “How to Write with Style”.

I don’t get to apply much of what is contained in the above. I’m always in too much of a hurry. My friend and Bloomberg editor Nate (or is it Nathaniel?) tells me when writing a blog, just ‘let ‘er rip’. I don’t believe that advice shows up in Strunk and White, but it can be helpful counsel all the same.

One thought on “For Those Who Write”